Zaslav and his management team attempt to build an empire to survive a changing media landscape and compete in streaming from Apple, Amazon, Disney and Netflix.

The future of 5,000 employees in Atlanta and a total of 40,000 worldwide is tied to Zaslav’s ability to make this creation a success.

In remarks at a town hall in California on April 14, Zaslav seemed to understand the challenge.

Without it, he noted, “you can’t be creative.”

“We have the goods”

Warner Bros. Discovery declined to comment on the future of its Atlanta properties and it’s too early to tell what impact the merger will have here.

Just six years ago, AT&T bought Time Warner, including CNN and the Turner Networks, for $85 billion, hoping content and distribution would work together. But it was not an ideal match.

During AT&T’s ownership, the former Turner properties in Atlanta grew from approximately 6,000 employees to 5,000.

Warner Bros. Discovery is now entirely mainstream content i.e. movies and movie franchises such as “The Matrix” and “Shazam!”, TV series such as “Sex and the City”, “Game of Thrones” and “Friends”, news such as CNN and sports such as NCAA March Madness and the playoffs of the NBA.

And all of that content will likely end up in one place for what Warner Bros. Discovery sees the future of entertainment consumption as streaming.

Paid TV subscriptions peaked in 2010 at 105 million households, or about 90% of households. That number is now around 76 million, according to Leichtman Research Group, while 83% of households currently subscribe to at least one streaming service.

HBO Max, building on its existing HBO subscriber base, is already one of the most popular options with nearly 50 million national subscribers. Discovery+, which debuted in early 2021, hit 22 million by the end of 2021.

Warner Bros. Discovery wants to be in the same league as the biggest streaming rivals Disney+ and Netflix.

“We have the goods. We’re blessed to be the biggest media company,” Zaslav told Oprah Winfrey during a town hall at the famed Warner Brothers movie studios in Burbank, Calif., two days after her visit to Atlanta.

To exploreCNN+ streaming service will shut down after a month

Discovery+ is almost entirely unscripted shows. HBO Max, which WarnerMedia launched two years ago, includes everything from “The Batman” to “Sesame Street.” Then there’s the all-new CNN+.

Wasting no time, Zaslav killed off New York-based CNN+, which debuted March 29 under the previous management and will drop May 1.

The new management wants all of its streaming services under one roof and, with $55 billion in debt as part of the merger, is also looking to cut costs by $3 billion fairly quickly.

Sarah Smith worked at Turner Broadcasting in the 1990s and 2000s and continues to collaborate on projects with Turner alumni and active Warner Bros. employees. Discovery. She said many employees she knows are disenchanted with AT&T, but wonders if the debt the pressures will outweigh new management’s efforts to create a healthy work environment.

“They paid too much for it,” Smith said. “A new clash of cultures will occur and a bloodbath will ensue.”

CNN, however, remains a top priority for the new company and is still very profitable, according to Kagan, a media research group, even though it generates lower ratings and revenue than Fox News.

Streaming quickly downgraded the value and relevance of some of Turner’s former crown jewel cable networks such as TNT, TBS and Cartoon Network, all of which have large footprints in Atlanta.

“These brands are on autopilot,” said Al Meyers, former vice president of strategic planning at Turner from 1998 to 2008. “These are mature businesses. They must remain relevant to maintain rates with cable operators.

The saving grace for TNT and TBS: live sports, which has kept many homes attached to cable subscriptions. (Turner himself once owned the Atlanta Braves, Atlanta Hawks and World Championship Wrestling, and used the franchises to supply content to TBS and TNT.) 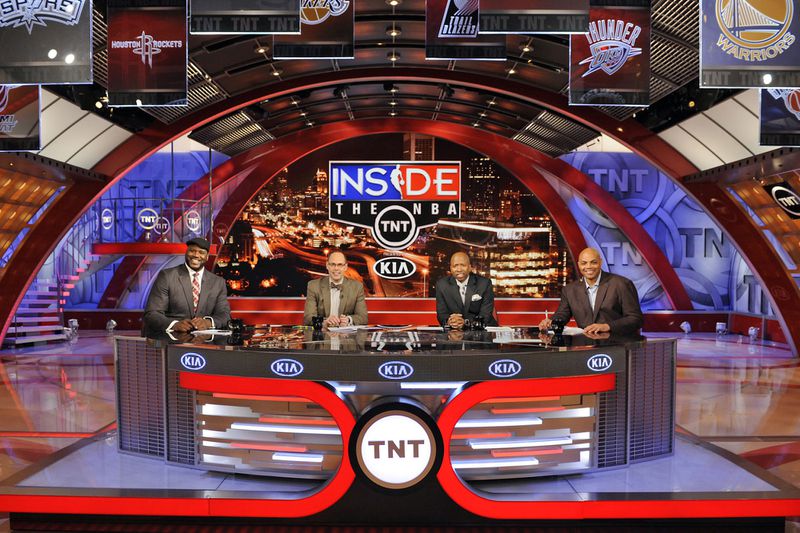 At the public meeting, Zaslav extolled the power of sport. What used to be called Turner Sports has spent billions in recent years to retain the rights to key sporting events such as the NCAA March Madness, NBA Playoffs and MLB Playoffs. These games are widely shown on TBS and TNT, although some will inevitably migrate to HBO Max.

Much of the sports broadcasting operations take place in Atlanta, including TNT’s flagship show “Inside the NBA” featuring Ernie Johnson, Shaquille O’Neal and Charles Barkley.

In what Zaslav calls the “traditional business” of Warner Bros. Discovery, he sees a significant, profitable benefit for the company as it funnels some of that cash flow into building HBO Max.

To explorePhotos: Ted Turner through the years

It’s been more than a quarter century since Turner sold Turner Broadcasting to Time Warner and a decade since most top executives left Atlanta for New York.

But Turner, now 83, remains a powerful symbol within Warner Bros. Discovery. The company posted a photo via social media of Licht and Zaslav with Turner, who suffered from Lewy body dementia in recent years. Zaslav called Turner a “hero”.

“Discovery has always been a very strong cable programmer,” Meyers said. “And Zaslav is a proven leader. As long as he believes in and commits to CNN, Atlanta will continue to have a very big presence.

CNN still has major operations at the CNN Center, including its digital operation, CNN International, and Robin Meade’s morning show on sister station HLN. About 40% of the company’s employees in Atlanta work at CNN.

AT&T sold CNN Center last year to a Florida-based investment group and a CNN spokesperson said operations would likely move to the Midtown campus, where CNN originally started, in a year or more.